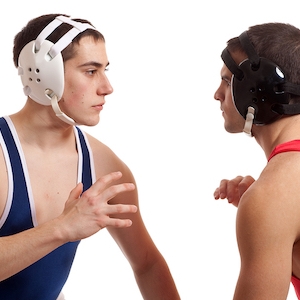 A new policy change will allow high school students competing in wrestling to wear a new type of uniform. An alternate uniform that is two pieces and consisting of compression shorts or shorts designed for wrestling and a compression shirt that is form fitted has now been approved for 2017 and 2018.

The two-piece uniform or the “doublet” will be an optional alternative to the more traditional single piece uniform called a singlet.

The change marks a revision to the existing 4-1-1 rule on uniforms in wrestling by the National Federation of State High School Association. It was one of the 11 rule changes approved by them at a meeting in April. With the new rule in place, high school students now have a second choice of what to wear if they choose to join the wrestling team.

Why Was the Change Made?

The main reason behind the change was a desire to encourage more male and female students to join the wrestling team. It was hoped that by offering a different style of uniform, both would be more encouraged to join in the fun, trying the exhilarating sport for themselves.

The move was supported by students, schools and coaches who all seem to agree that the new uniform would be popular with fresh students intrigued about the possibility of wrestling. However, students wearing the new double uniform still need to adhere to strict guidelines.

Guidelines for the New Uniform

The compression shorts that have been designed for wrestling are required to have a minimum 4-inch seam and must not pass the knee. As for the shirt, it will have a minimum three-inch tail, and the sleeves must not go past the elbow. The aim here is to ensure that the uniform is still tight to the body and cannot obstruct movement during a match.

It will be interesting to see how popular the new uniform is through the high school season. With the support shown by both students and school staff, it could bring a whole new level of support to the high school wrestling community and lead to the sport gaining in popularity among students.

The language on the new guidelines for the wrestling uniform makes it clear that safety is still the utmost priority. The wrestling uniform is designed to provide wrestlers with the most movement possible and ensure that limbs or fingers do not get tangled in loose material. This aim will continue with the new uniform being as tightly fitted to the body as the original one piece singlet. After the uniform was raised at the meeting, it was quickly approved by the NFHS board of director’s. As such, it will be appearing in school gyms and high school tournaments this semester.

The change in uniform was part of a widespread adjustment of various rules in high school wrestling. This included new guidelines on encouraging students to lose or gain weight and the ban of moves that are now considered too dangerous for school tournaments.

As you can imagine, with the recent policy change there are now many wrestlers and teams who are looking to purchase new doublets.  Cisco has responded to this demand and now offers a top-quality line of customizable wrestling doublets for your team.  Contact us today for a free quote or visit our wrestling uniforms or wrestling doublets page to learn more.